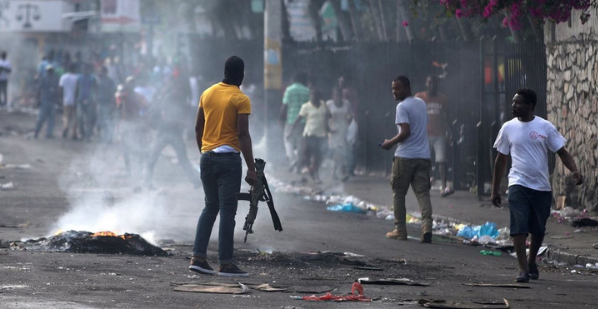 The situation in Haiti remains dire with stalled elections, rising poverty and the growing power of gangs.

Experts and rights groups have said the situation in Haiti has reached a crisis point, as gang violence is surging across the country in the aftermath of President Jovenel Moise’s assassination last year. Moise appointed Ariel Henry as the new Prime Minister the day before he was assassinated. This was the 7th prime minister appointment by Moise in his 3 ½ year presidency. There is, of course, speculation as to the reasons behind his appointment so close to the assassination.

Henry’s term was scheduled to end on February 7 – what would have been Moise’s last day in office.  While he has the backing of the US and other Western powers, his authority has been questioned by Haitian civil society activists – including those who rejected an international push earlier this year to rapidly hold elections in Haiti. In September of 2021, Henry dismissed the members of the Provisional Electoral Council (CEP) through a presidential decree, complicating the prospects of holding elections.

The U.S. State Department policy towards Haitian emigrants has also caused controversy. The U.S. efforts to impose a resolution to Haiti’s political crisis, while deporting thousands of refugees back to the troubled country caused the resignation of U.S. special envoy, Daniel Foote, who has been speaking out vigorously. Foote has been calling the American approach “stubborn arrogance” that is “strong-arming Haitians” to accept an unelected prime minister and a plan for quick elections that few in Haiti want. The envoy, who resigned in September after images circulated of U.S. border guards on horseback riding down Haitian refugees, has criticized some of his former colleagues by name. “The hubris that makes us believe we should pick the winner – again – is impressive,” Foote wrote. “This cycle of international political interventions in Haiti has consistently produced catastrophic results.” The U.S. State Department continues to prop up Ariel Henry even though he has little popular support in Haiti. The State Dept insist that Henry must be part of the solution and continues to endorse his plan for elections. 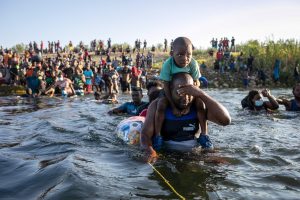 Haiti Elections – When and How

There is a growing consensus in Haitian society that favors replacing Ariel Henry with a broad-based interim government to restore order and hold elections in two years. The first step was taken in August by the Commission for a Haitian Solution to the Crisis, now known as the Montana Group after the hotel where they met. More than 900 organizations, political parties, and individuals have signed the group’s transition plan. Influential members of the Haitian diaspora in the U.S. and Canada have also endorsed the group.

Ariel Henry opposes the group and has advanced his own political accord that ​​would allow him to continue to serve as prime minister without a president until the next elections are held. Henry has promised to hold a vote in 2022, but no new election date has been set amid gang violence, the COVID-19 pandemic and other crises, including a 7.2-magnitude earthquake that struck the island in August, killing more than 300 people. 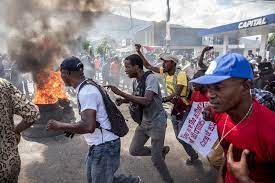 For the last 2 1/2 years it’s been Russian Roulette to travel in and around Haiti.  The continued escalation of gang violence shuts down roads without warning and leaves travelers stranded – becoming targets for kidnapping. Most of the population is at risk of being kidnapped or shot as they get up to leave their house each morning. Police officers try to combat the gangs, but they are out numbered and out armed.

Impact on Chances for Children 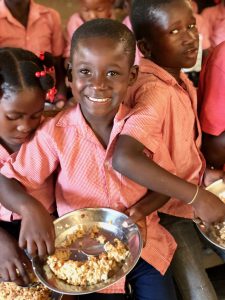 Our staff in Haiti remains vigilant and take many precautions to avoid being targeted. Each of our C4C managers have continued to keep all of our programs and services running smoothly. God continues to provide a hedge of protection over all of them. Some of our programs have expanded in the 1st quarter of 2022!! More children were added to the feeding program, a new site with 25 families was added to the agriculture program, and a church in the village of Model was constructed. We are very blessed by this and so are the 8,000 children impacted by your support of our work in Haiti. We are hoping and praying that C4C management and team members can travel to Haiti in the spring and summer. However, we will not be able to travel to our remote feeding programs, schools, agriculture or church communities. We still are not comfortable bringing teams to Haiti with the kidnapping threat remaining high and the U.S. Embassy Level 4 status discouraging travel to Haiti. We are praying for a miracle!

All of our Haiti staff, the children, the pastors and our feeding programs miss seeing all of you. Please continue to pray for our efforts and for the safety of all the families and the staff of C4C.